Back To The Jungle: The original animals board game

Today we’re telling you about the beginnings of Back To The Jungle, the new original animals board game from Tembo Games, which will be released this fall.

Back To The Jungle came up from the idea of putting an original and different board game on the market. We wanted to make an eye-catching board game that would force people to keep an eye on it. We were struck by the idea of inventing original game mechanics, unprecedented in the market, so we looked for a game mode completely different from Kaboom Universe, and for that we got rid of the cards! 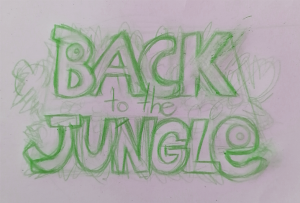 Came the first brainstorming, where we discarded countless ideas, finally staying with those that were a challenge and represented some of our values. environmental awareness and admiration of the natural world are the order of the day at Tembo Games, so the options around animals, the sea, the jungle and / or animal abuse were gaining strength…

– A Chameleon game with these mechanics!

The story of the game was polished and polished to became what it is today: An environmentally friendly group of explorers decides to help some chameleons return to where they should always have been:

Their mission: To help their chameleons in their process of adapting to the jungle, teaching them what to eat and, not least, what to avoid!

Back To The Jungle was born and established itself as a board and chip game. Alvaro’s art would still be one of the key points to give the game an eye-catching and an unique touch that all of us love. So, with a defined methodology, the first prototype was born: 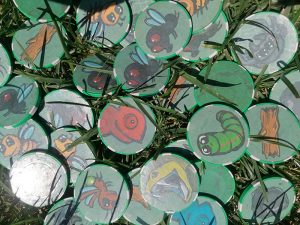 Our new board game was taking shape. It was a busy season, but also the most exciting stage. In order to achieve these original board game mechanics, innumerable game tests were carried out to see which worked best and, finally, some rules were written, which have been perfected until the last day. Thus, we ordered the production of  Back To The Jungle second prototype: 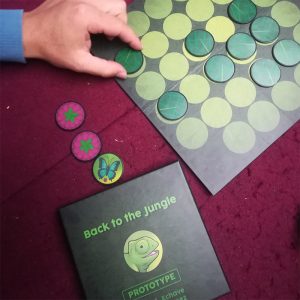 It was a success in our environment, from the first day the format and the designs fell in love with many of the players who every day help us with their SUPER-constructives critics!

Now, the most complicated stage is approaching, to make Back to the Jungle known wherever we go so that you can enjoy it at home like we are doing. We have learned a lot from our first experience with Kaboom Universe and we are sure that, if you try it, you will see reflected the desire with which the game has been developed, so we can’t wait to play and teach Back to the Jungle to everyone!

See you in the jungle!

Back To The Jungle: Final Edition 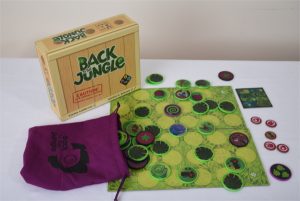 This site uses Akismet to reduce spam. Learn how your comment data is processed.

We use cookies to ensure that we provide the best user experience on our website. If you continue to use this site we will assume that you agree :)